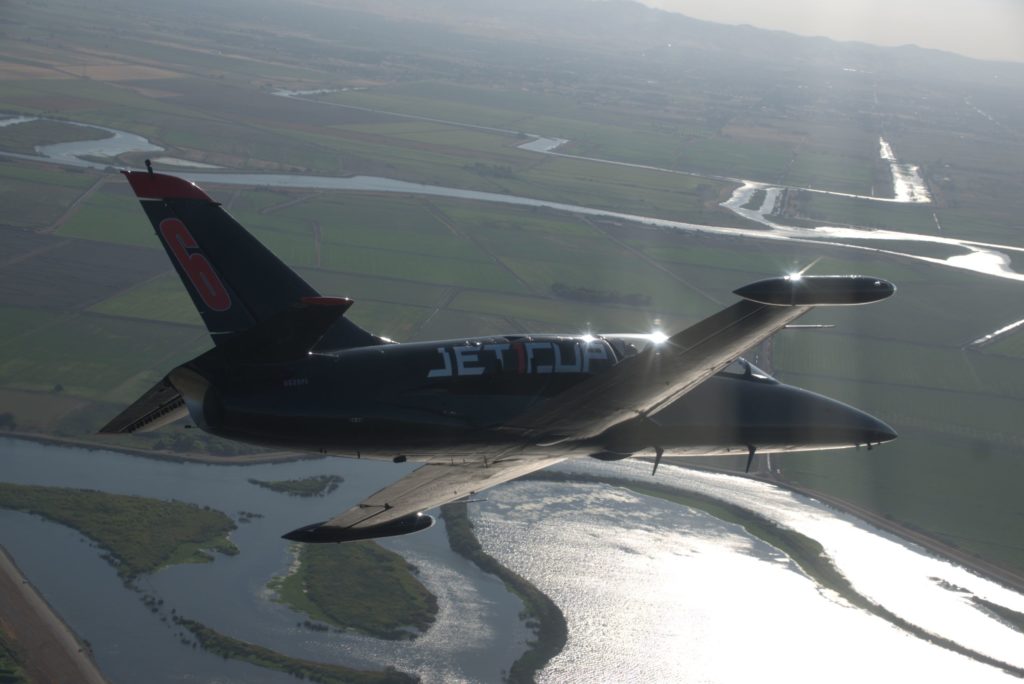 The Jet 1 Cup features the finest pilots navigating the skies in the first fighter jet world championship. The Jet 1 Cup teams who already revealed their planes are competing with an L-39 Albatros fighter jet. However, the league welcomes other planes and aims to enlist prospective teams who adopt various model fighter jets that will challenge both the flying and technical aspect of the sport.

What is an L-39 Albatros Fighter Jet?

An L-39 Albatros is a two-seat, single-engine aircraft designed by Aero Vodochody in the 1960s, the leading Czech aircraft manufacturer. The L-39 took its maiden flight on November 4, 1968, and began production in late 1971, before finally being released to the Czechoslovakian Air Force on March 28, 1972. The L-39 is one of the most popular jets globally, currently used by several air forces.

An L-39 Albatros is an agile, high-performance jet trainer used for tactical reconnaissance and light ground support. With a wingspan of 9.46 meters (31.03 feet) and a length of 12.13 meters (39.79 feet), the L-39 can climb at 21 meters (68 feet) per second and sustains a maximum speed of 750 km/h (466 mph). The L-39 has a maximum range of 800 nm and a maximum endurance of 2 hours and 20 minutes. Highlighted by superior handling, sweeping visibility, and smooth aerobatics, pilots who operate an L-39 Albatros fighter jet have the potential to perform admirably in the Jet 1 Cup.

The Jet 1 Cup permits the use and modifications of L-39 Albatros jets if it's compliant with the legalities imposed by their registration country. As long as teams abide by them, they can modify their jets however they choose. However, once the Jet 1 Cup season starts, teams can no longer make any further modifications for the remainder of the season.

While several teams will handle the L-39 Albatros fighter jet, we authorize other model planes to compete, intensifying the competition. In another article, we will provide an in-depth analysis of the advantages and drawbacks of other potential jets. But in short, the main disadvantage of other aircrafts is the cost of maintenance. While other jets may perform strongly in various categories, bearing the costs is expensive.

Despite this, significantly smaller and lighter planes, such as the L-39 Albatros, can possess the upper hand in the Jet 1 Cup behind a well-designed strategic approach. Needless to say, competing in the Jet 1 Cup with various model planes would generate unique challenges for pilots to contend with.